So I was working today on the Android version of El Silla, and suddenly this unexpected and disgraceful email pop up: 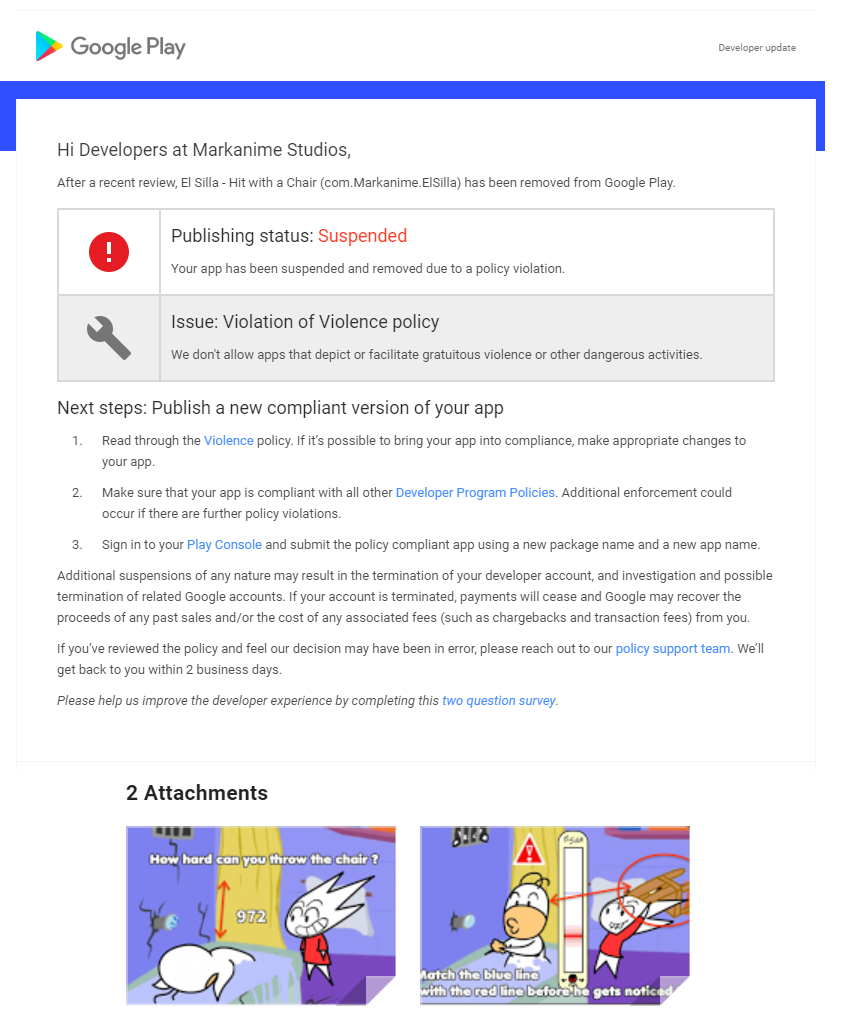 El Silla is now Suspended on Google Play, and all the reviews and stars are gone ... this is sad. I don't know why an agent of Google suddenly decided that my game is too violent for children, and exterminated it from existence after a year of being published.

First of all, My game is not that violent, it uses a violence that look like any cartoon show for kids, so that's not an excuse, specially for that severe measure. 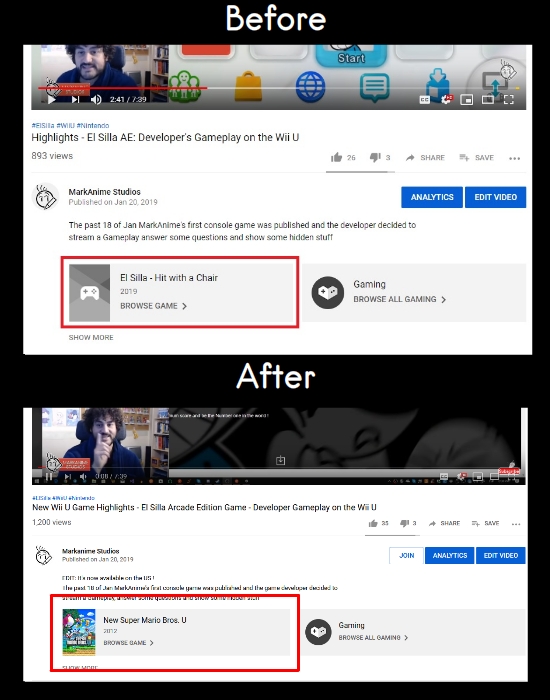 They are trying to remove my game from existence

And that doesn't end here, the game is still available for Wii U and playable on itch.io but Google deleted my game from the Youtube Listings 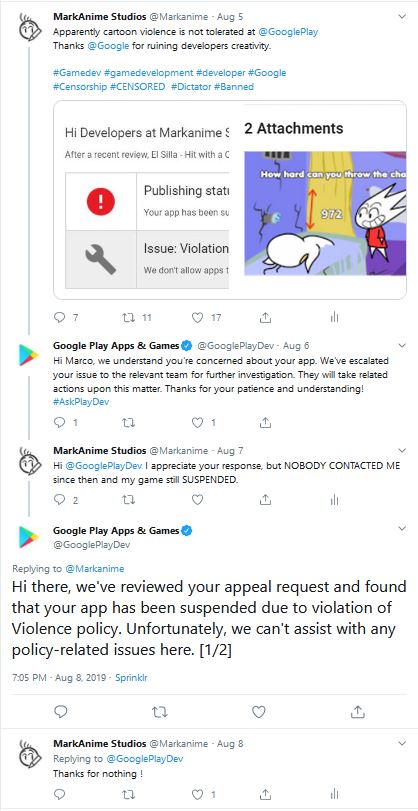 This is really sad I always thought that Google was a friendly platform for developers. So if you're a Gamedev and you're planning to develop for Google's Play Store, mark your content for a higher age that you think. because they don't hesitate to kill your product.

Good thing I have sites like Newgrounds, Itch.io, and I had the chance to publish on some consoles. So you can still enjoy my games & movies

Feel Stressed ? Hit someone with a chair !