This past June 28, I decided to go to the Indie Developer Burger Awards 2019 Aka IDBA19 with my colleague Sonucais

If you're not aware, this year we published for the first time a game for a Console El Silla Arcade Edition for the Wii U.

IDBA is a national event that takes place on Barcelona and it's a fun Encounter of all Spanish game developers. 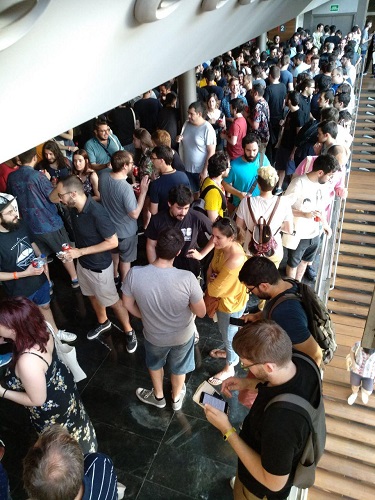 A huge amount of GameDevs

The event started with a big meal of free hamburgers and beers, that's perfect because we are always starving for some good food 😂, also we had the chance to meet other Devs and talk about or job, games & hobbies 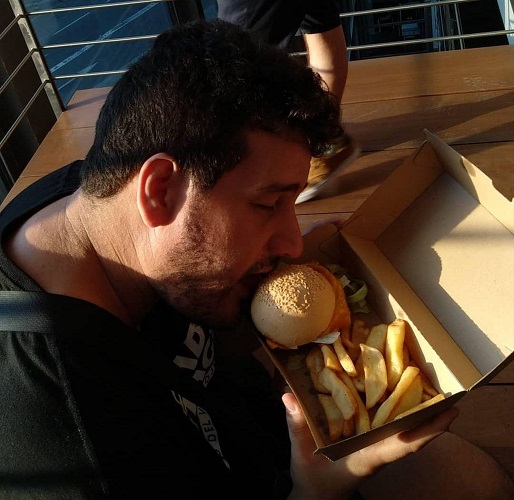 Finally I had the chance to eat ! who said that indie devs are starving ?

The Categories of these awards are "Coolest Game", "Less Indie Game", "More addictive game", "Candy Award", "Random Award" ... as you can imagine with these names the humor was present every second on the gala. 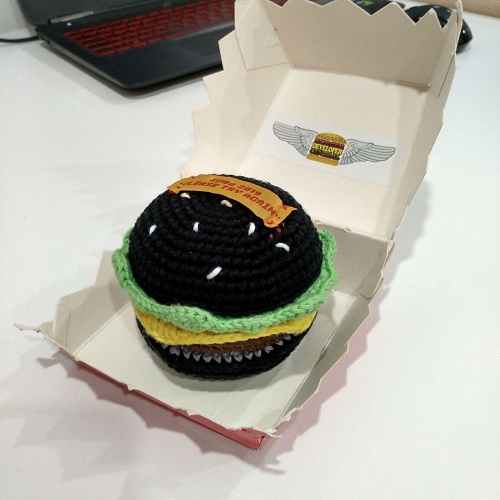 This is how the trophy looks like, a plushie of a burned hamburger

BUT the biggest moment for us, was when El Silla got the "Please Try Again" Award, just take a look at this video recorded by Sonucais !

This is the Breathtaking moment

After this exciting award gala, we had an after party to hang out with the other devs to play their games and drink some more beer :-D 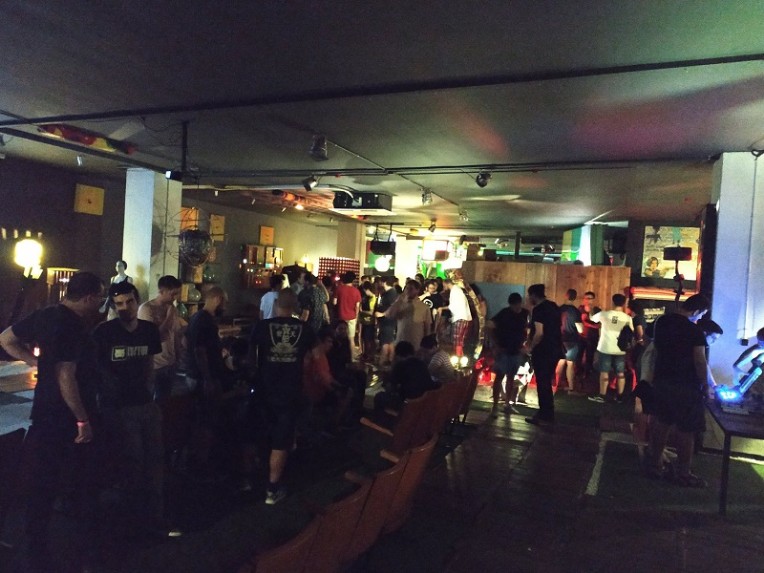 The winners of this crazy awards ! do you spot me ?

I really Thank the team behind Indie Developer Burger Awards for this amazing experience ! and of course this encourages me to continue making games and improve on every new release !

Talking about releases, I'm making an update for El Silla (Free for Wii U owners) that include new levels & a local multiplayer mode, be sure to follow me for the release date and help me to bring it to Switch !

➤ Help me bring it to Nintendo Switch http://markani.me/helpSilla

Feel Stressed ? Hit someone with a chair !